The Teton Valley Market: Where it’s been, Where it’s going: September 2016 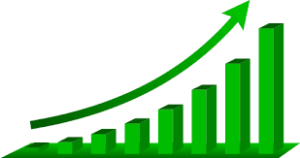 I’m not going to say that nobody saw the downturn coming in 2008. We were all going crazy. Most of us that thought it might happen? We were ignoring it. We were too busy. It did though, and like our grandparents before us, many of us think about it today. To me, it was yesterday. Sure, recovery is still a commonly used term, even though (by all appearances) our market is recovered. Sort of.

I’ve read a few recent articles. One was a few months back by a group in Jackson and Jonathan Schechter, “Our mess will fuel suburban growth”. Jonathan was referring to his expectation for Teton Valley’s continual growth as the housing market, and frankly the available land on the other side of the hill tightens it’s grip. This article, and a few like it sparked several rhetorical articles and comments from those all too concerned with our sudden growth spurt. This group was concerned with the amount of growth we saw leading up to the recession, and the possible ramifications of too much growth all at once.

Personally, I don’t think things are growing too fast. We’re not seeing a large amount of construction, virtually no development, just market recovery and prices continuing to rise. By all appearances, home prices are on par with years leading up to the recession, if not close to pre-recession levels. However, this is not taking into account inflation or construction costs. Believe it or not, the recession began nearly a decade ago. Times were different. Construction costs were less expensive than they are now, and the housing situation in Jackson is worse than ever before.

The relief comes in land prices. Pre-recession, some developers made out like Bandits. They got in while things were hot, and got out before they were not. Some lost their hide. Lest we forget many locals who’s lives will never be the same after risk, and no reward. Bankruptcy, short sales, foreclosures, it was a mess. I mentioned relief. Though these terrible things happened to good people, and bad people, it is all behind us. We now have a huge inventory of available, developed land ready to be put to good use in the coming years, and possibly, decades. No, it’s not going to be a thousand years like some predicted throughout the recession. I remember 3 acre parcels selling at $200 to 300,000 – it’s where the big money was. Now that those same lots are under $100,000, it makes inflated building prices manageable, and the whole situation more affordable. With the huge inventory, supply and demand is not as much a factor (unless you get into supply and demand of niche locations) and Teton Virew lots a-plenty.

With the above said related to current building costs, it is my prediction that I can make an educated guess on where the market is, in relation to where it’s going in the near term. I believe that residential is nearly fully recovered, though we can expect annual growth with regards to real estate and it’s investment properties related to inflation and growing populations. Land, unless in areas of high demand where those with disposable income can comfortably spend more such as resort areas or River front properties will continue to grow, though only slowly until supply is diminished and there is renewed demand. I believe an indicator where we will need to recognize a market approaching dangerous levels will be an explosive jump in land prices. Am I saying we should prepare for another major housing collapse at that time? Not necessarily, but remember Real Estate is cyclical, and even more so in resort areas. Cycles, or slight market adjustments over time are actually healthy in some ways.

Since I tried to depict scenarios for both the short and long term foreseeable future, here’s a bit of information as to where the market has been. I selected two quality subdivisions, and found a home that sold pre-recession, during the recession, and recently. The first, Brookside Hollow – a popular, quality development in Victor, ID an area in Teton Valley reliant on recreation markets including our own, and Jackson Hole. The second, Comore Loma – a quality, scenic development along the foothills overlooking Ammon, ID (Idaho Falls) an area with low unemployment reliant on local commerce, business, regional hospitals, and the INL technology site.

Looking at the information above, it becomes obvious that recreation markets obviously see a larger depression in housing crunches and times of economic distress. If I gave you the numbers of the sales prices and the years sold for the home in Ammon, you probably wouldn’t be able to match them up. The market, though they saw a depression, was far less volatile. The Victor market (remember these homes are somewhat comparable) is much more lucrative, however.

The moral of the (my) story for the analysis above is that both markets appear to be sustainable in time, if you can live with the ramifications of a housing collapse in a recreational area.