When it comes to commercial sales, it’s all about the investment opportunity. However, some are just out looking for a “job” in one of the best places to live in America. Built -n 1953, it’s one of the oldest attractions in Teton Valley, still operating today. Besides, working the summer evenings in Teton Valley & snow-birding South for the winter doesn’t sound too bad.

I’m not claiming good deal on this as I haven’t ran the numbers, but it’s still a lot of fun.

I’m not sure on this one. It’s going to take the right business operator for reasons above, or someone that can capitalize on Winter revenue. 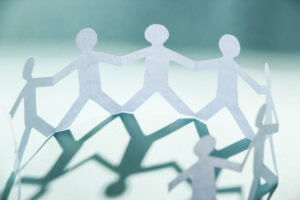 If any of you read the local paper, or follow social media etc. here in Teton Valley, you probably remember the drama with a Condo Homeowner’s Association in Driggs, ID that made the decision to require landowners and property managers to restrict long-term rentals (longer than 30 days) to “single family” use. That association later defined single family as:

(In an email to TVRManagement & other local property management firms dated January 5th, 2016) “Tenant” is defined as a single person, or a couple living together as a family, regardless of gender. The other occupants may include the child or children of the “Tenant.” Occupancy of each rental unit will be restricted to a maximum of six (6) persons. No subletting shall be permitted. All other provisions in Section 8 of the Amended Rules and Regulations shall remain in full force and effect.

Many of us tried to make an argument that the HOA was in a violation of the Fair Housing Act, but remember the protected classes under the act are race, color, religion, sex, handicap, familial status, national origin. This does not include marital status or sexual orientation – however you will note “regardless of gender” in the above definition, which was a product of another issue which arose during the HOA’s – successful – eviction of all tenants that did not meet the strict guidelines above.

As mentioned above, that homeowner’s association was successful in evicting all tenants in violation based on their own definition, mostly due to threats of immediate action for hefty fines and liens. That sparked me to write a post on HOA Fines and the procedures HOA’s must follow.

Read the story here: Can Homeowner’s Assosiations fine me for violations?

THEN – (and rather ironically) Idaho Legislature amended the bill where I derived the information for the above article, House Bill 511 to go on to state:

(3) No homeowner’s association may add, amend or enforce any covenant, condition or restriction in such a way that limits or prohibits the rental, for any amount of time, of any property, land or structure thereon within the jurisdiction of the homeowner’s association, unless expressly agreed to in writing at the time of such addition or amendment by the owner of the affected property. Nothing in this section shall be construed to prevent the enforcement of valid covenants, conditions or restrictions limiting a property owner’s right to transfer his interest in land or the structures thereon so long as that covenant, condition or restriction applied to the property at the time the homeowner acquired his interest in the property.

With the above said, the HOA in this example in Driggs will probably keep the rule in effect stating that it was passed by the board prior to the amendment of this bill- whether that’s legal or not. In fact, the original amendment was passed by a board majority vote based on the board’s authority to do so… meaning there is a separate statement in the bylaws authorizing the board to make amendments without approval of the owners as stated in the bylaws. I am sure this statement was meant to be used in an emergency situation (authorizing emergency repair work without consent of the owners) and not for purposes described above, but I digress.

I am sure the situation with this particular HOA will work itself out. Despite my posts about HOA’s, they are not evil. They are created with a necessary purpose, and operated on a voluntary basis. Most of the time, (99% of the time) for good, genuine reasons. At least we know these situations happen elsewhere, and are gaining attention.

As of the date on this post, there are 385 lots for sale in Teton County, Idaho. However, as agents we tend to show the same handful of listings for every price range. People look for either features (water, trees, etc.) or the “view corridor” lots. 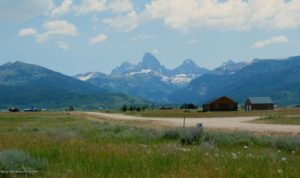 I mentioned features, and views above, this lot has both. There is an irrigation canal that waters some nice vegetation, it backs up to subdivision green space, and it’s got a stellar Teton View.

It will sell between now and end on summer.